How are drones improving warehouse productivity? 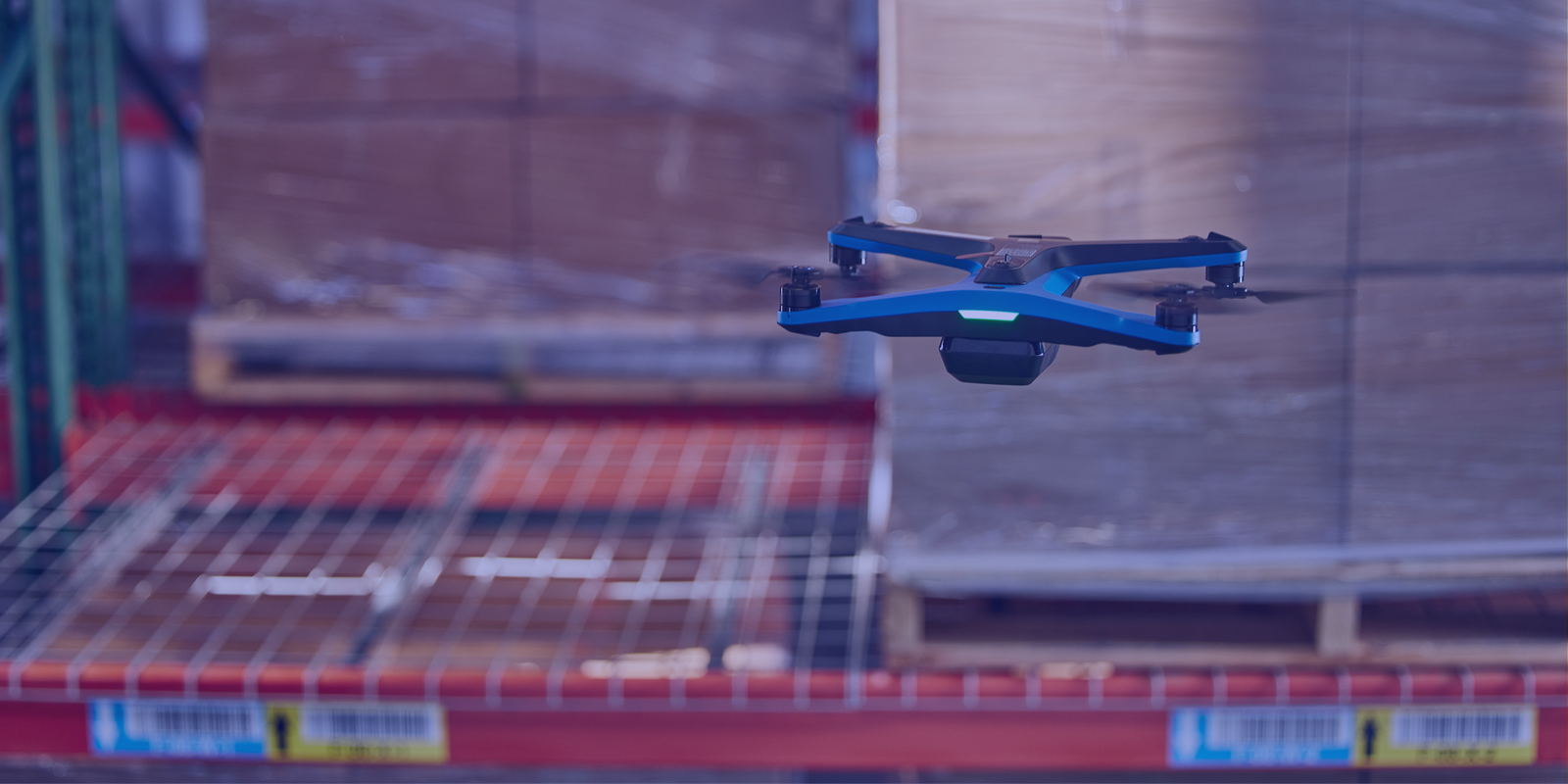 Once the stuff of science fiction, drones are now very much a reality. Billions of dollars have been spent on the development of drones and while the technology for autonomous flight operations has existed for a few years,  FAA  regulation has made it difficult for even the Amazon’s of the world to get their drone programs off the ground.

In this blog post, our focus will be warehouse drones for inventory management, and how they can streamline processes and drive operational improvements. We’ll look at the extent to which warehouse drones offer true autonomy, how they collect and process data, how much you might pay, and more.

What are warehouse drones?

Warehouse drones today are essentially flying robots that are utilized for the purposes mentioned above. Some are launched manually, while others operate autonomously from bases. Different vendors utilize different drones with different features to achieve different results. The two most common approaches for building warehouse drones are to modify off the shelf hardware, or to build custom hardware. The type of drone used will greatly impact the mission capabilities, but ultimately all vendors aim to increase the frequency that warehouse operators can track inventory inside their facility.

For the purposes of inventory management, warehouse drones fly through warehouses and distribution centers and capture pictures of your inventory. You can use them to audit your inventory, perform cycle counts, finding misplaced pallets within your facility. They can accurately scan all the inventory in your warehouse, which can be compared directly to your Warehouse Management System (WMS).

It depends on the type of drone you decide to deploy in your warehouse. Many warehouse drones that are marketed as “autonomous” are actually semi-autonomous. They require human supervision, usually an operator following the drone around a warehouse. So, while they do offer clear advantages compared to manual inventory tracking and cycle counting, these semi-autonomous drones are more evolution than revolution.

Other warehouse drones, like the Skydio 2 drone (which Ware uses), are fully autonomous. These drones are not operated with a remote control or a pilot and the only maintenance the drones require is occasionally wiping the dust from the camera lenses. This level of autonomy means you’ll be interacting with data that the drone provides, rather than the drone itself.

The level of autonomy offered by warehouse drones is changing what is possible. One Ware customer has an overseas team that remotely administers their WMS. This remote team receives the data from the warehouse and can assign missions to their computers and then audit all that information to verify it. The only thing the warehouse workers have to worry about now is fulfilling orders. That’s true autonomy in action.

Across the world, and especially in the U.S., staffing warehouses is a huge challenge. Therefore liberating workers from the repetitive task of scanning barcodes for entire shifts is a win for all parties. Another direct benefit is reassigning warehouse operators from inventory counting work to more rewarding tasks that add more value. Additionally, having a drone record information at 40 feet in the air is a lot safer (and cheaper) than putting a human up there on a piece of equipment.

What should you to consider when thinking about drones and data security?

Ware is the warehouse partner of Skydio, an American manufacturer of fully autonomous drones. Skydio recently won a contract to provide the U.S. Army with drones for its Short Reconnaissance Program of Record. While other vendors have been blacklisted by the U.S. government, that’s not something you need worry about with Ware.

With Ware, once the drone lands itself on its nest, your inventory data is uploaded and processed, with reports being delivered to your team in Ware Cloud. Here you can see pictures of all your inventory, perform putaway audits, review misplaced pallets, and monitor metrics.

How much do warehouse drones cost?

The cost of warehouse drone systems varies, depending on the specifications, supplier, and layout of your facility. The benefits of drones are scalable. So, as you increase your drone coverage across one or more facilities, you’ll see an even greater return on ROI.

How are drones improving inventory management in warehouses and distribution centers?

Warehouse drones are enabling warehouses and distribution centers to be a lot more proactive with their inventory management. Traditionally, inventory management has involved members of the workforce walking around facilities with paper, a pen, and sometimes even a set of binoculars to look at inventory stored up high. Inventory management is most often a reactive process, which can lead to mistakes. Let’s say you’re trying to match your WMS with the contents of a pallet to fulfill an order, but you’re unable to do so because your inventory isn’t where it’s supposed to be. This could lead to you breaking your Service Level Agreement with your customer, costing you thousands of dollars, and depending on the category you’re in, losing this could mean the inventory needs to get written off entirely.

Autonomous warehouse drones can operate during quiet periods, constantly capturing inventory data and building a complete picture of your facility. Rather than having to match every piece of data captured by an operator, cloud reporting software can flag information captured by a drone that doesn’t match your inventory records. For example, your drone might capture 3,000 images on its weekly journey, but the software will pick out the six you might need to take action on.

How do inventory drones work?

Warehouse drones fly autonomously through warehouses, following predefined routes. As the user, all you have to do is set the schedule and upload a .csv of the positions you want it to go to. Autonomous drones map their environment in real-time to avoid contacting stationary equipment. Skydio drones deployed by Ware can fly without GPS since they’re programmed to follow LiDAR scans of your facilities.

You can also track inventory more frequently than a manual physical inventory or cycle count, without having to shut down facilities for days at a time. Drones take pictures of your inventory, so you can ensure your inventory management records are correct and track down pallets and products that are in the wrong place. In addition to scheduled audits, the drones can also be deployed to search for individual items such as high-value produce or merchandise that is perishable.

The emergence of fully autonomous warehouse drones is making warehouses and fulfillment centers significantly more accurate and productive. Repetitive and time-consuming tasks such as cycle counting and inventory auditing are being automated to allow warehouse operators to focus on higher value tasks and the impacts of this are being felt in many ways. The foremost is efficiency; drones can complete these tasks with no intervention and do so many times more quickly. You’re going to practically eliminate time lost to inaccurate information, and you can be confident that you can make business-critical decisions based on data. They're also helping to fill the labor gap that is being felt across the industry, so you won't have to scale back your operations because of staffing challenges.

Calculate your ROI on making the switch from a manual inventory tracking process to an automated one with warehouse drones. 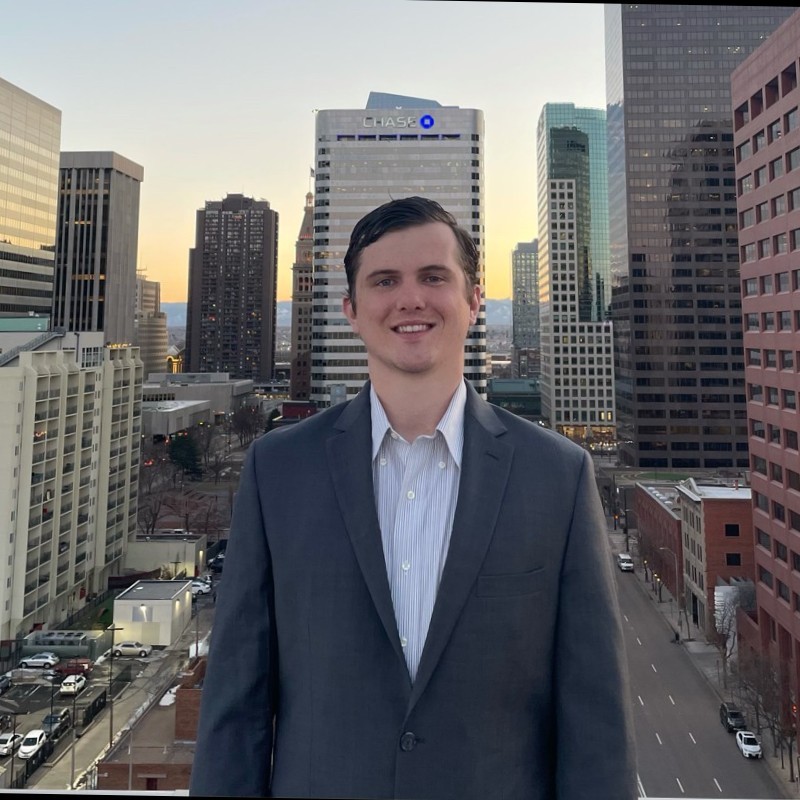 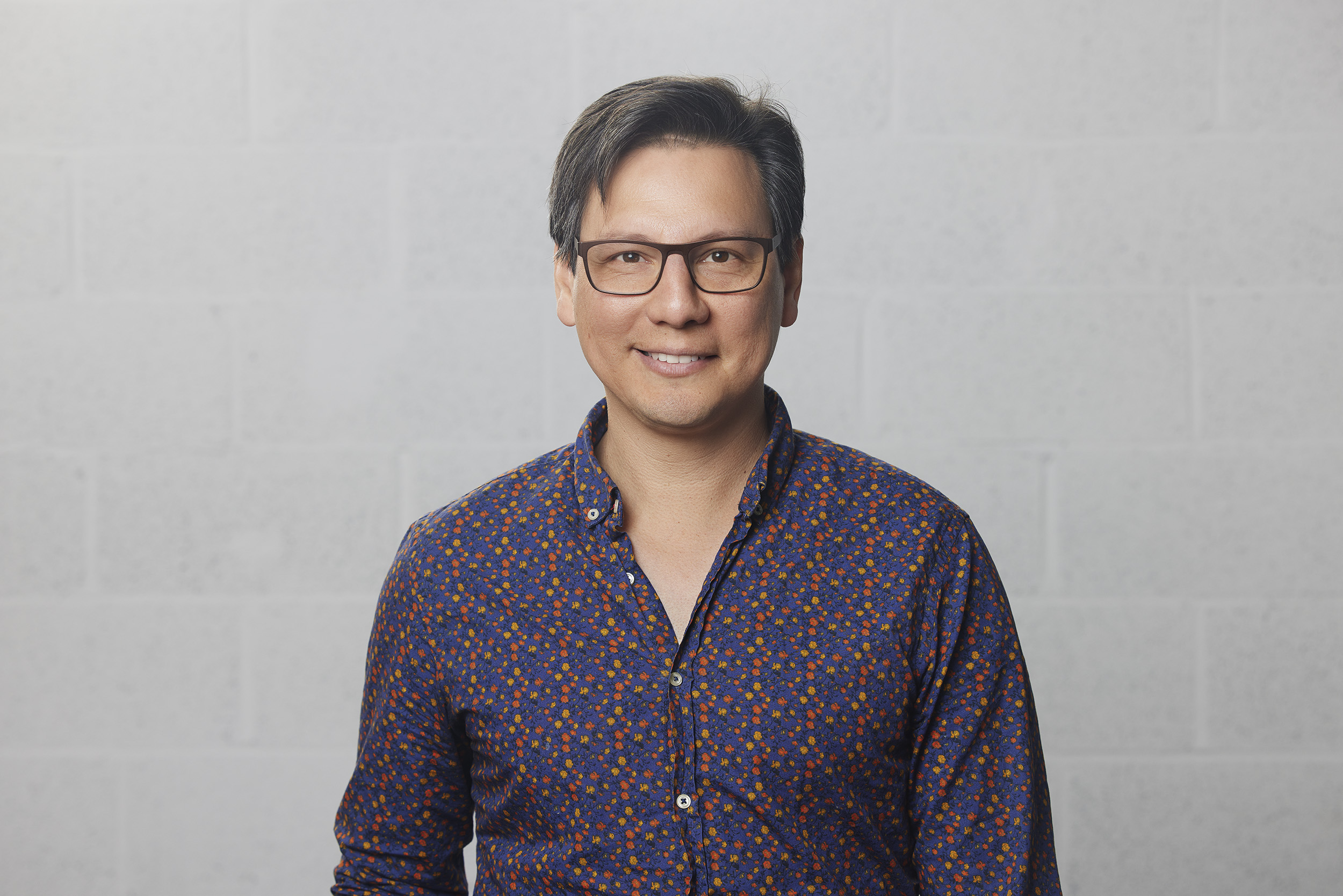 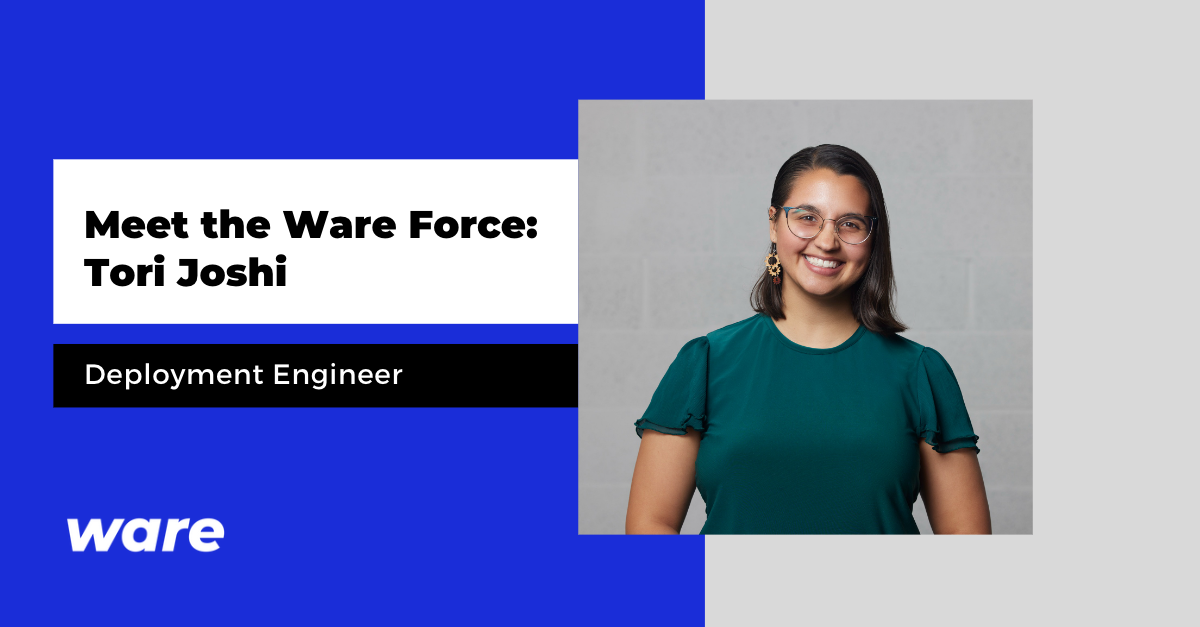 Welcome to the new world, ordered.
Automated inventory control like never before. No lost inventory, more actionable data for you and your team.

In short, we make inventory easy.
Sign up for the latest news and updates from Ware. Your inbox will thank you.
Why Automate
Our Solution
How it Works
Data Capture
Data Reporting
Get A Demo
Skydio
Getting Started
ROI Tool
Compatability
Pricing & Features
Resources
Blog
Industries
3PLs
Retail
Manufacturing
Grocery
FAQ
Knowledge Base
About
Team
Careers
Contact
(415) 890-2020
info@ware.ai 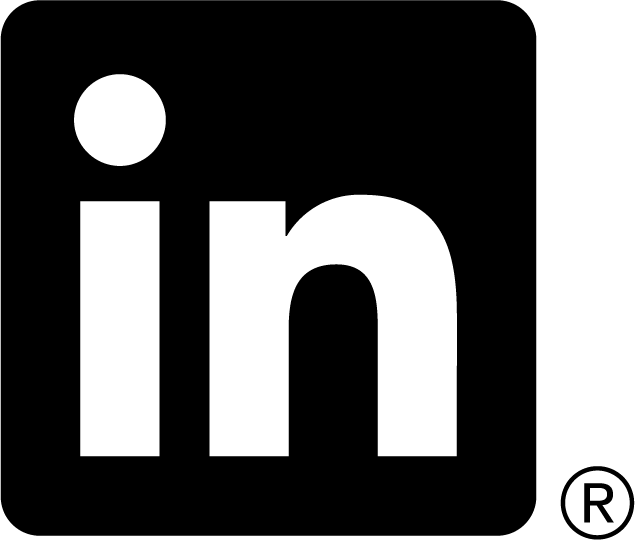 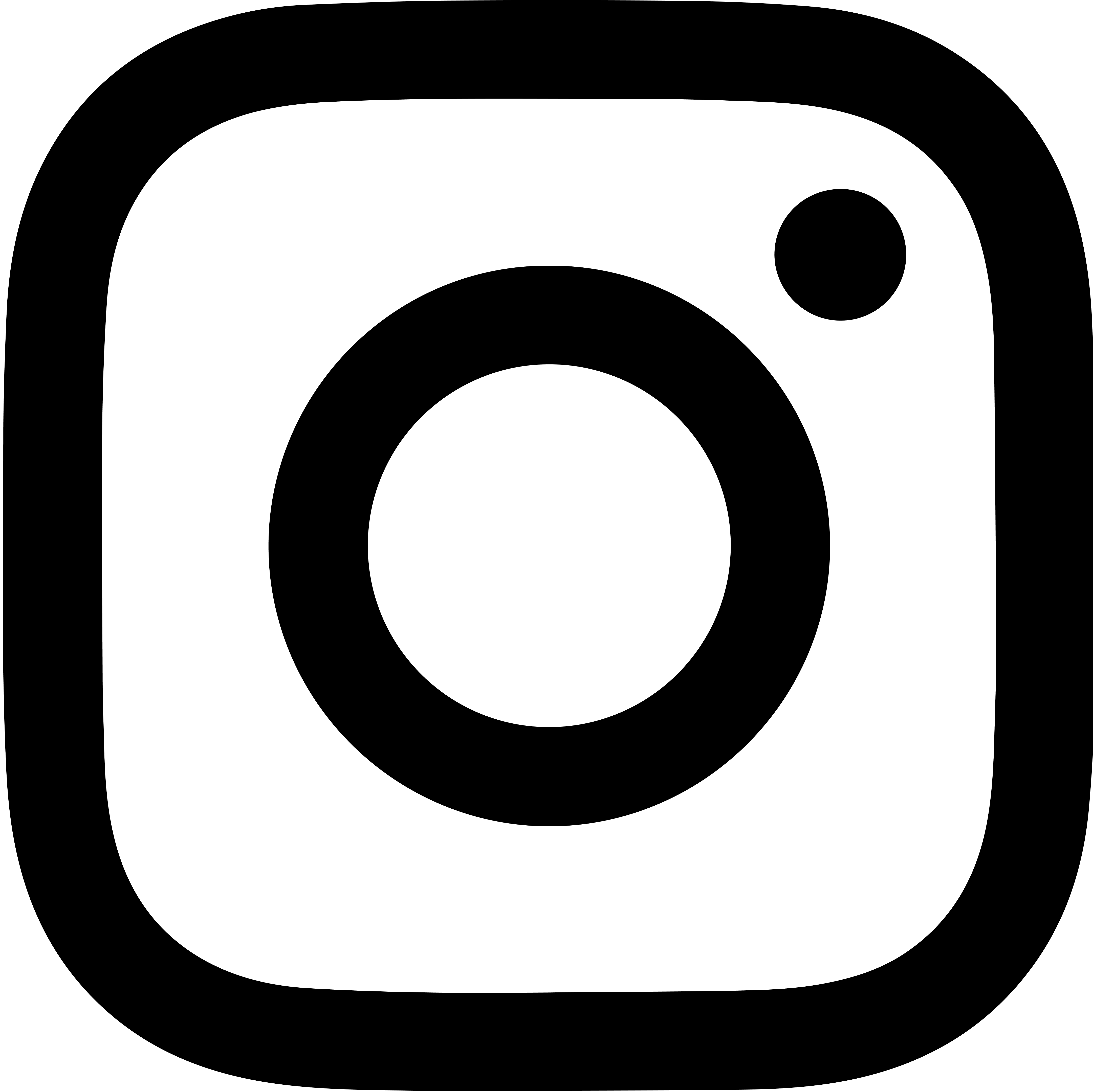